Your long-awaited holiday has just begun. Before you step off the plane, you decide to turn on your phone, only to realise in dismay that your phone isn’t connected. As you go through immigration and lug your bags around, you fumble and frantically try to register for the airport’s free Wi-Fi. Later on, as you begin Snapchatting and capturing Instastories in a new city, you realise with a gasp that yet again, you can’t even share these moments, because your phone isn’t connected.

This is a struggle that we’re all too familiar with, and certainly one that we’d all love to kiss goodbye. For some travellers, international roaming and purchasing a local SIM card may not be an option. So we’ve compiled a list of cities that not only have gorgeous sights for your social media feeds, but also great coverage of free Wi-Fi. 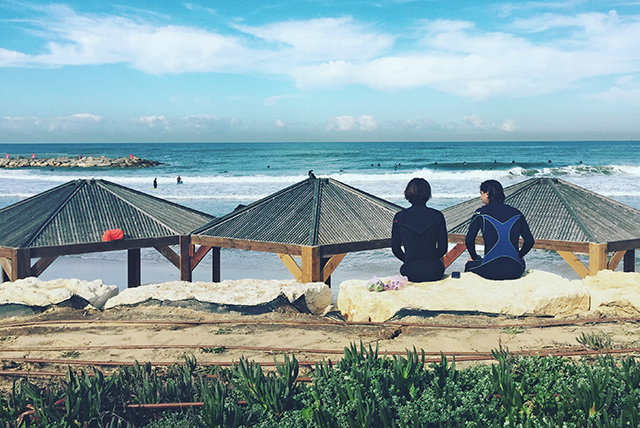 Social media mavens who are planning a trip to Tel Aviv can soon rejoice, thanks to its network of 80 free hotspots, spread around major parts of the city.

Uploading your holiday photos will not be an issue here due to the ‘free_tlv’ Israeli network, because no matter where you find yourself in the city, you can easily get yourself connected to free Wi-Fi. This includes the shoreline, main streets, marketplaces, cafes, restaurants, attractions, commercial centres, beaches and parks.

Tip: Like all public Wi-Fi, downloads of large files and file-sharing sites are blocked, and firewalls are in place to prevent access to offensive sites. 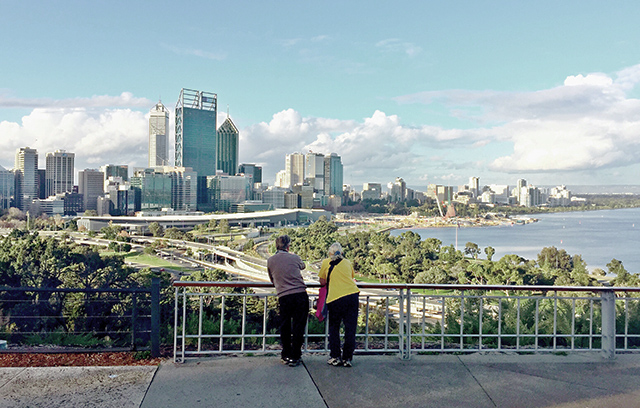 Western Australia may seem like another world if you spend most of your time out East, but however far you are from home, don’t worry – Perth is hyper-connected! Stroll along the streets, city centre, shopping centres and public areas, knowing that you’re never out of range of a hotspot. Travellers should take note that Perth’s free public Wi-Fi only really works for basic internet needs. You’ll have a download limit of 400MB per day, starting from midnight. Upon reaching that limit, users will need to wait until midnight for the system to reset itself again.

Fun Titbit: Hang out at the pretty Perth Cultural Centre, which is home to some of the best cultural programs in the city, and now, also home to some tasty Wi-Fi. 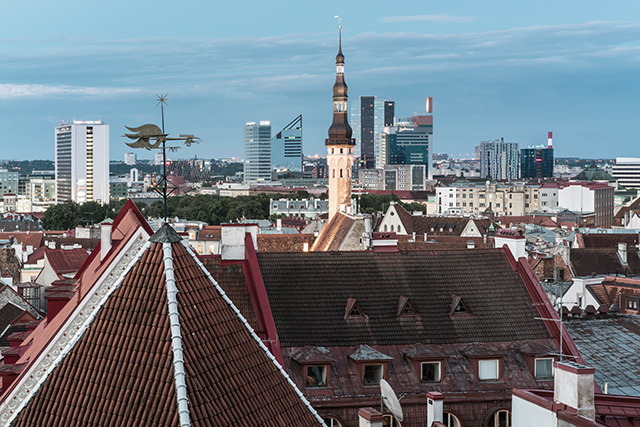 This one may come as a surprise, but it’s true. The internet is everywhere in the Estonian capital, where it’s been a feature since 2005. Catering to your selfie needs, you can get connected in all the public places, including train stations, beaches and yes, even in some parts of the forest. Things are so advanced over here, Estonians are even able to vote for public office via the internet and since 2011, on their mobile phones as well. 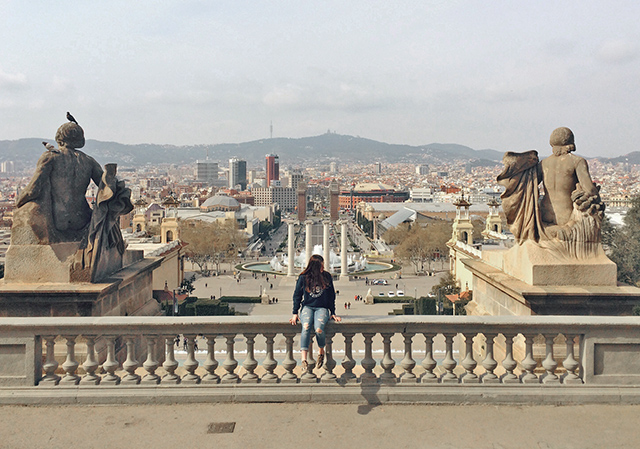 With over 700 Wi-Fi hotspots, Barcelona’s Wi-Fi is one of the best in Europe. It blankets the whole city, with best coverage found in the picturesque Old Town (Ciutat Vella), and the districts Eixample, Sants and Gràcia. You can get connected whilst on city buses, at metro stations, markets, museums, sports centres, beaches, neighbourhood centres, and in most of the public parks.

Fun Titbit: Internet speed in Barcelona is generally thought to be on the slow side, but it’s definitely good enough for sending messages, surfing the web and uploading photos. 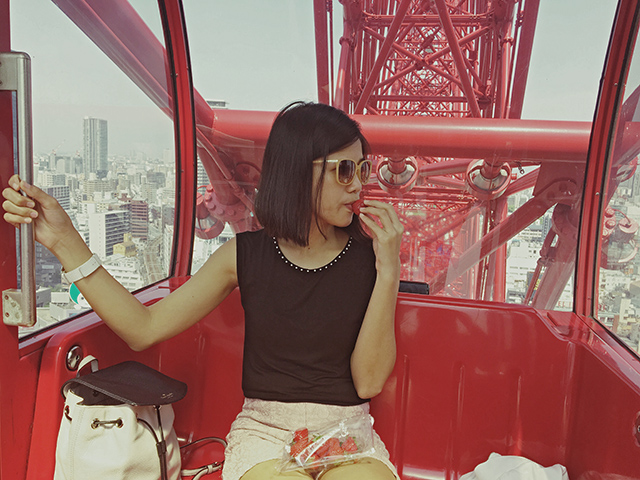 Social media-savvy travellers can get excited over the free Wi-Fi available at about 2,000 locations across the city. The system even allows you to choose from two main connection choices: Osaka Free Wi-Fi, which allows unlimited use for up to an hour before you need to log-in again. Then, there’s a ‘Lite’ version that allows you to get Wi-Fi access every 30 minutes, up to eight times per day for a maximum usage time of four hours.

Fun Titbit: Pssst. If you use up your 8 free logins on Osaka’s Free Wi-Fi Lite, you may be able to use another e-mail address to get yourself another 8 logins on the same device. We won’t tell anyone!

Return flights to Osaka, from A$555** Stay at the Mielparque Osaka Hotel, from A$78* 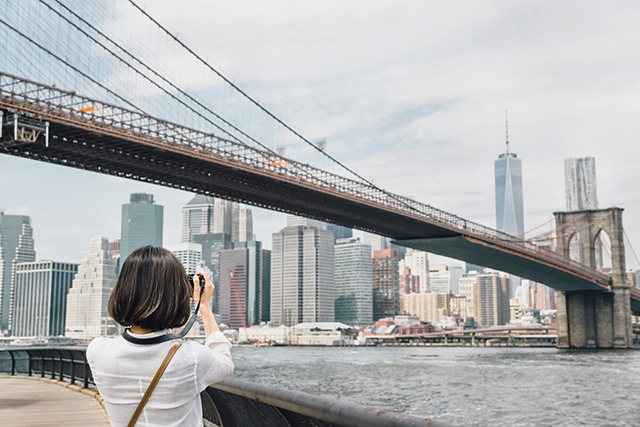 Do we really need any more reasons to <3 New York City? The city that never sleeps is also a city with gadgets on overdrive. Free Wi-Fi spots here include plenty of cafes, restaurants, public parks, subway stations, and outdoor spaces.

But that’s not all.

The city’s free Wi-Fi service can be found at sleek kiosks called ‘Links’ on city sidewalks.  If you have your own smart device, connecting to the free network is really easy – just connect to the LinkNYC network and go through a quick registration. The kiosks also include built-in touchscreen tablets for users to make emergency calls and browse the internet for maps and directions.

Fun Titbit: These Links around the streets of the Big Apple also have USB ports for recharging your mobile devices (yay!). 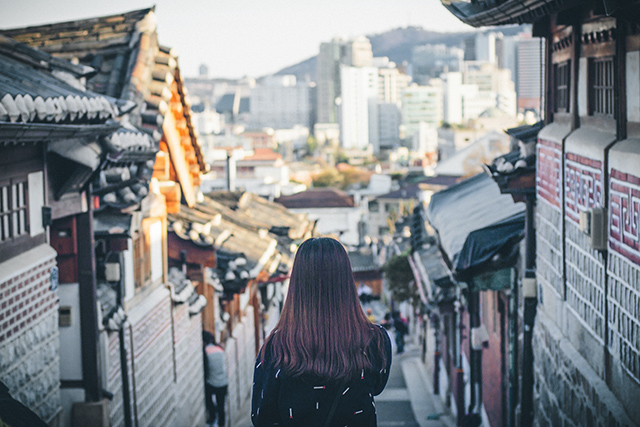 Lightyears ahead of the rest of the world in terms of broadband and technology infrastructure, Seoul boasts 10,000 free Wi-Fi hotspots throughout the city, including at public parks and the ever-popular Gangnam district. The futuristic city is constantly working to improve its Wi-Fi system, making it accessible even on moving buses and trains. Perfect for sending Snaps to your friends back home!

Fun Titbit: Whilst Wi-Fi accessibility and speeds are amazing within the confines of the city, it fades quickly as you travel into the countryside, so be prepared! 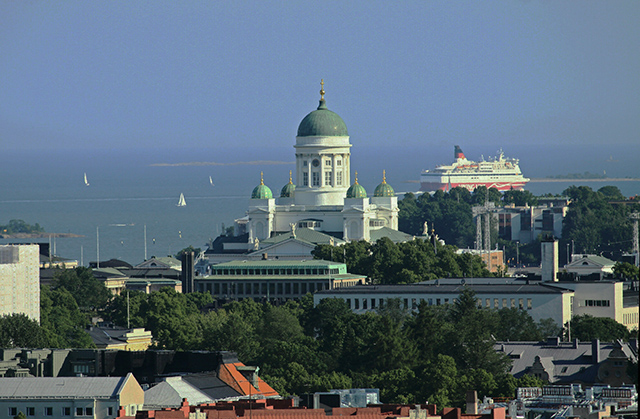 The open network within the Finnish capital goes unmatched. The city offers free WLAN service for both residents and travellers. You can get connected from the moment you touch down at Helsinki Airport and as you venture into town, to a variety of cafes, bars, restaurants and public spaces such as Esplanade Park and shopping centre Kamppi. Be sure to look for ‘Helsinki City Open WLAN’ from amongst the available networks.

*The hotel prices (including taxes and fees) are per night per room for double occupancy for the above and were found on KAYAK.com.au on 10 July 2017 for travel in September 2017, for the respective hotels mentioned in the release. Prices are in AUD, may be subject to change and offers may no longer be available.

**The flight prices (including taxes and fees, excluding baggage fees) for one return economy seat and were collated on 10 July 2017 for travel in September 2017 from Sydney, Australia to the destination listed, unless specified otherwise. Prices are in AUD, may be subject to change and offers may no longer be available.

Also Read>> Italy: Off The Beaten Track – 7 Incredible Unknown Places You Have To See

What does Christmas mean to you? If you’re thinking of snow and hot cocoa around the fire, chances are you’re…

Yes, You Can Also See Cherry Blossoms At These Unconventional Spots Around The World

Sakura aren’t only in Japan. Did you know you could see cherry blossoms in Korea, Europe and America? Take a holiday in pink this spring!