If you’re still single and waiting to be struck by Cupid’s arrow, here are some of the most popular temples in Asia where you can go to pray for love. Before you discount their power, remember that these places are holy sites where thousands before you have come for guidance and good fortune… so who’s to say you can’t benefit as well? Whether or not you’re a believer, it’s always a novelty to experience something new with an extra dose of history and culture. So let’s go: 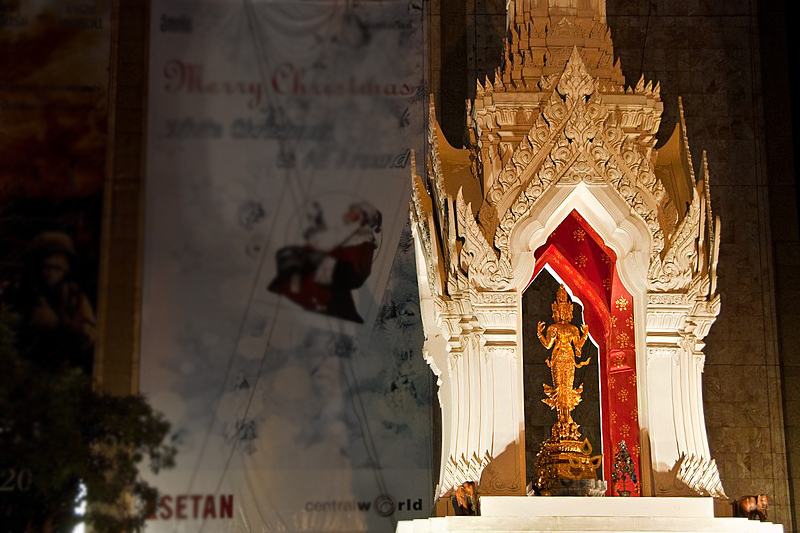 Besides the world-renowned Erawan Shrine, Bangkok is also home to a love shrine located conveniently in front of CentralWorld shopping mall, Trimurti Shrine. In Hinduism, Trimurti represents the trinity of the Brahma, Vishnu and Shiva. On Valentine’s night, you’re likely to see crowds saying prayers and holding joss sticks and roses as offerings. For best results, the luckiest time to visit is on Thursdays at either 9:30 am or 9:30 pm. 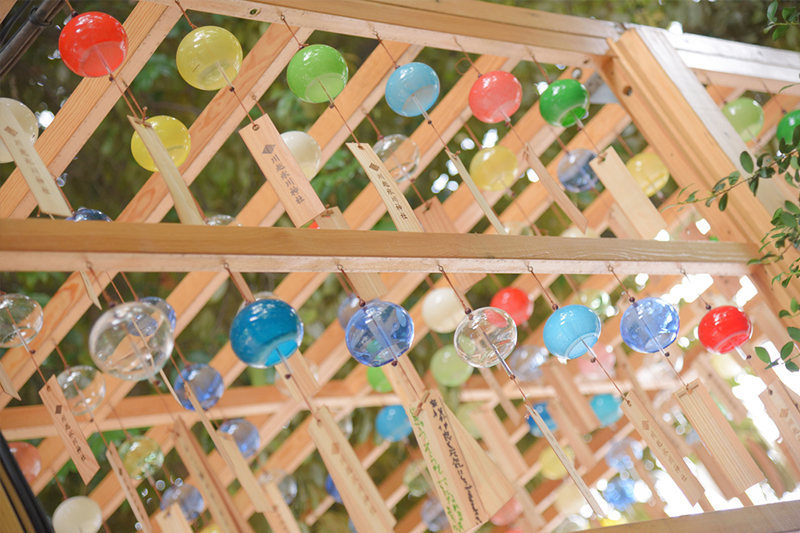 Located on the northwestern outskirts of Tokyo, Kawagoe Hikawa Shrine is said to be 1,500 years old. Honouring two deities that are regarded as a married couple, this shrine is dedicated to prayers for matchmaking, fertility and marital/familial harmony. Every year from July to September, the shrine organises its Wind Chime Festival, in which thousands of wind chimes with wooden plaques are displayed. Each chime has a unique design and tone. Believers write their wishes on the chimes for a chance at good fortune in love. If you can’t make it to the festival, don’t worry – the shrine holds a monthly event on the 8th of each month as well as on the 4th Saturday of each month. Don’t leave without getting yourself a lovely omamori (traditional Japanese lucky charm) for love and marriage. 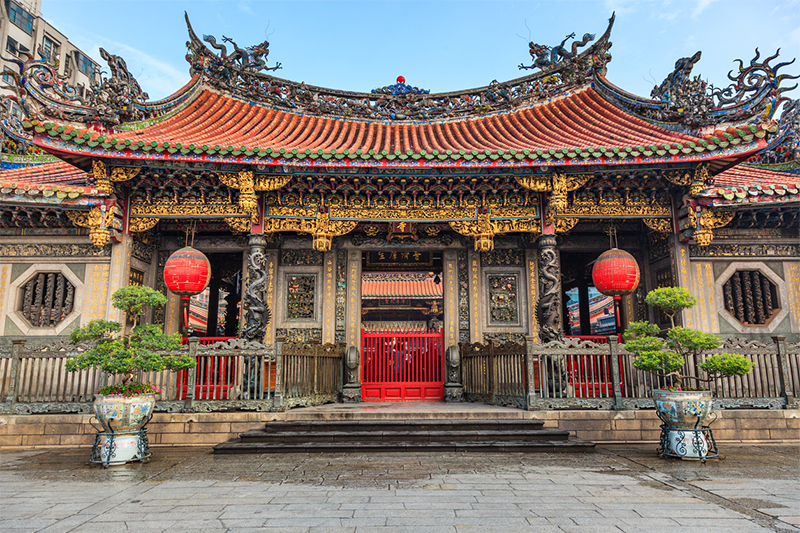 One of the ‘big 3’ temples in the historic Wanhua District in Taipei, Longshan Temple was built in 1738 and has gained popularity amongst Japanese tourists in recent years. The temple serves a mixture of Buddhist, Taoist and Confucianist faiths, with over 100 deities in total. The main attraction for many visitors is Yue Lao (literally meaning elder under the moon), the Chinese god of marriage and love. According to the legend, Yue Lao plays matchmaker by attaching a red string of fate between unmarried men and women who are predestined to be together. In Longshan Temple, you can get a free red thread to wear on your wrist if you get Yue Lao’s permission, by throwing Jiaobei (moon blocks) and getting three yeses from him (might be easier said than done). Legend has it that Yue Lao has a sweet tooth, so make sure to bring along something sugary like sweets or cakes as offerings. As the temple is open until 10 pm, why not visit the nearby Huaxi Street night market as well while you’re at it? 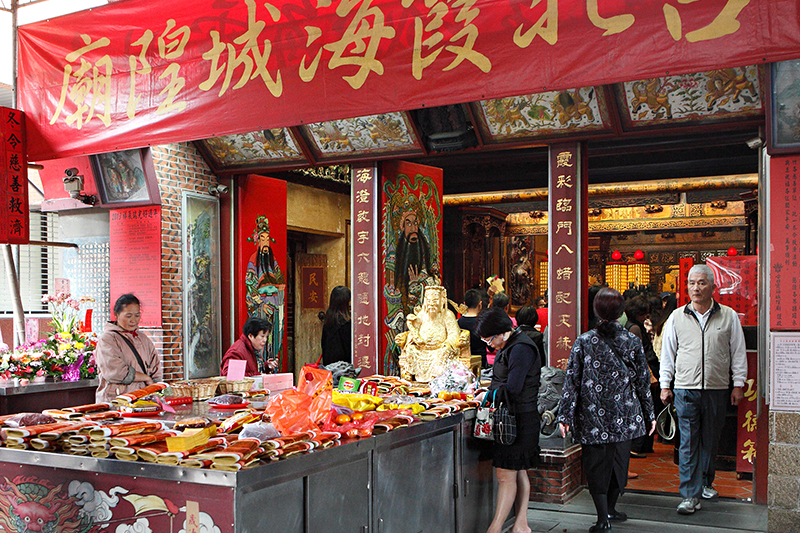 Another matchmaking temple in Taipei is Xiahai City God Temple, located in Dadaocheng, another of Taipei’s historic districts. Built in 1859, the temple was originally dedicated to the Xiahai City God and only started making offerings to Yue Lao in 1971. But these days, the love here runs deep – according to the temple staff, more than 6,000 successful matches are made every year, including local and Japanese celebrities. The best times to come and pray for love and marriage are said to be during the Lantern Festival, on Valentine’s Day, Chinese Valentine’s Day and the Mid-Autumn Festival. Apart from the temple, Dihua Street, where the temple is located, is considered one of the must-visit neighbourhoods in Taipei. It exudes an old Chinatown vibe, with souvenir shops offering popular wares including crispy Chiang-ji pork paper. 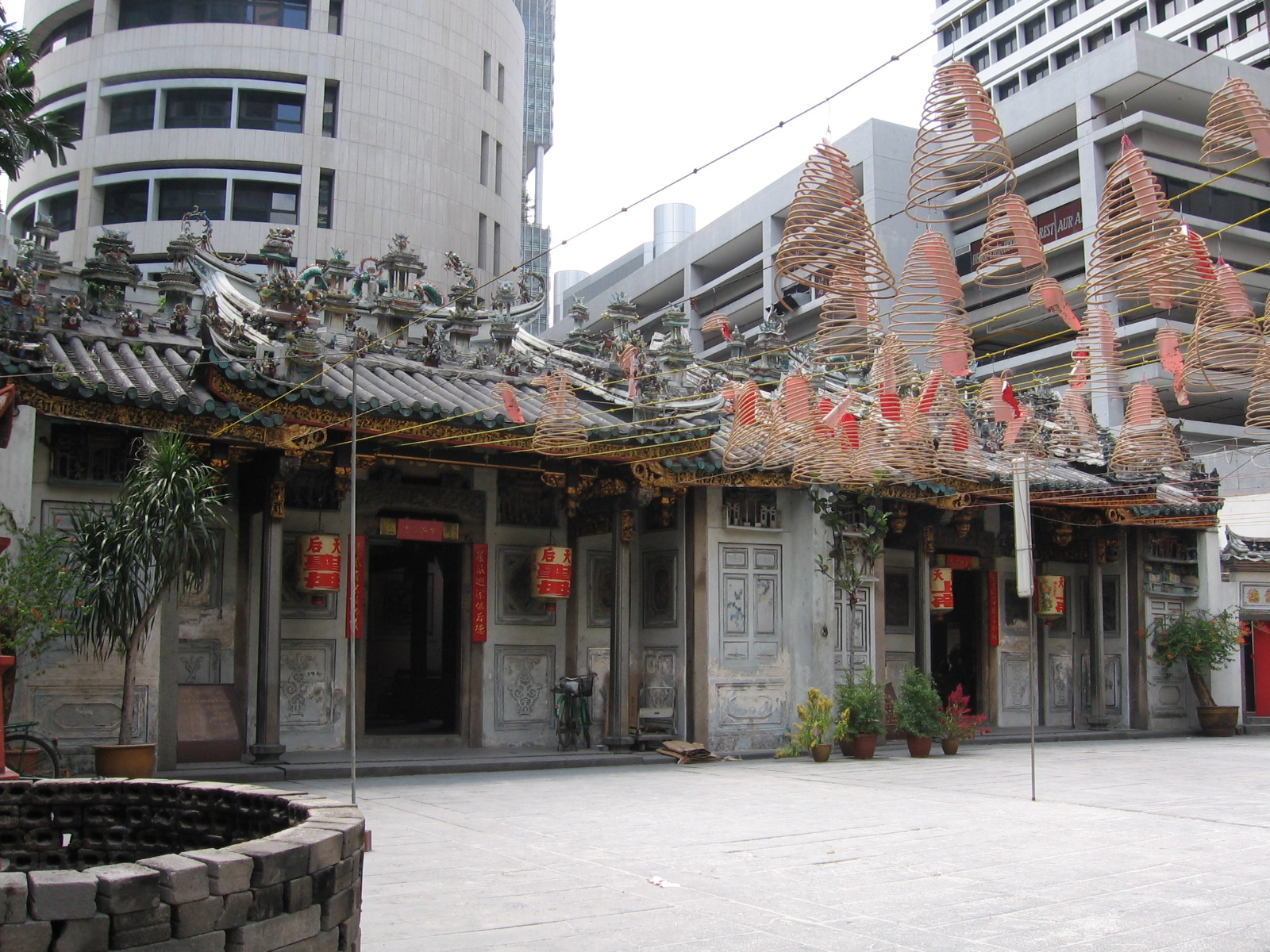 Yue Lao is also a significant figure in Singapore. In the once-unknown temple of Yuw Hai Ching, people come to tie red strings around his figure in hopes of boosting their chances of tying the knot. Built in 1826, the temple, also known as Wak Hai Ching Bio in the Teochew dialect, is the oldest Teochew temple in Singapore. Built by early Teochew Chinese immigrants to thank Mazu, the Goddess of the Sea, for their safe journey to Singapore, it’s since become a beacon of hope for lovelorn pilgrims. To receive Yue Lao’s blessing, all you need to do is use a red string provided by the temple and say a little prayer, before hanging this string around his neck. After that, you will need to provide an offering of $12 in a red packet (proceeds will benefit the temple). Mooncakes are also appreciated and accepted. Restored in the 90’s, this historic monument has been recognised with multiple awards, including an Award of Merit for 2014 UNESCO Asia-Pacific Heritage Awards for Culture Heritage Conservation, 2014 Urban Redevelopment Authority’s Architectural Heritage Awards and 2013 National Architecture Institute of China’s Vernacular Architecture Award.

Also read>> Love cocktails? These are the top 10 bars to visit in Singapore

Tip: Before you go, remember to show respect when visiting a holy shrine or temple. Read more>> Travel Etiquette: How To Better Respect Local Customs & Traditions

Note: These rates are based on search queries made on KAYAK.com.au on 1 February, 2017. The prices are quoted in AUD. Flight prices are based on results for a return economy flight search. Hotel prices are for double occupancy and include taxes and fees. Prices are subject to change, may vary, or no longer be available.

Welcome to 2018! Post-holiday blues? Then it’s time for your next trip! Get active or head to the beach to start the year with one of these detox holidays.

Many Bangkok bars are widely known for their wilder, flashy sides, but there’s a lot of character in the Thai capital, and a host of unique bars and speakeasies waiting to be discovered – if you dig a little. Here are our top choices for the best hidden places for a cocktail in Bangkok.

If you’ve already visited the VIVID installations for the last few years, it might be time to catch a flight to other across the globe. Here are some of the best light festivals worldwide.