While most romantic film plots are just too good to be true, that doesn’t mean you can’t bring them to life yourself. All it takes is a trip to these beautiful filming locations to put yourself right back in the moment. Then just make use of your imagination and experience the romance in real life! Here are some magical places where you can follow in the footsteps of some of the best romance films, filmed in beautiful locations from downtown L.A. to the islands of the Mediterranean. 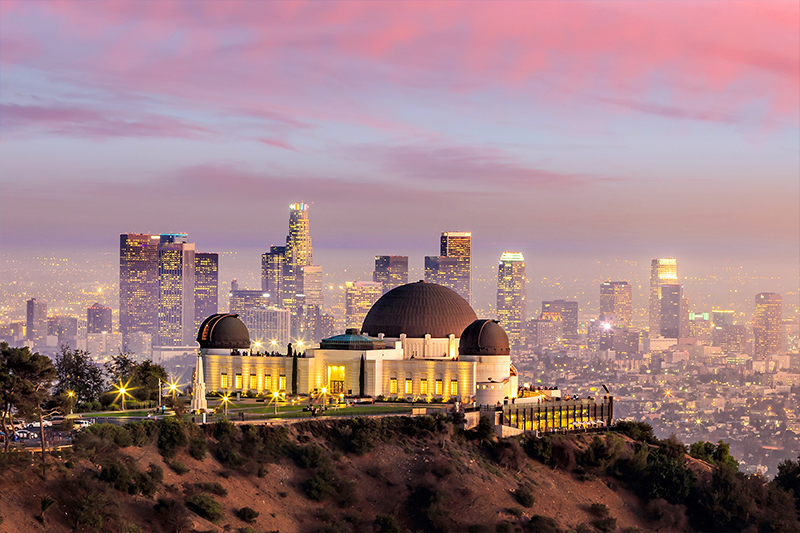 A love letter to Los Angeles, the Oscar-winning musical La La Land was filmed all over the city, depicting some of its most enchanting date spots. Did you know that the funicular railway that Mia and Sebastian ride on in the film is more than a century old? The historical Angels Flight that climbs Bunker Hill dates back to 1901. Closed for four years in 2013, it was only reopened to the public in 2017. If you want ‘A Lovely Night’, tap-dance or just admire the stunning view overlooking the San Fernando Valley and the city at Cathy’s Corner, off Mount Hollywood Drive, in Griffith Park. And of course, stargazing at the iconic Griffith Observatory is mandatory. If you want to experience the early days of old Hollywood at its best, spend a night at the luxurious Chateau Marmont, just like Mia at the end of the film.

The Most Romantic Film Locations: Me Before You 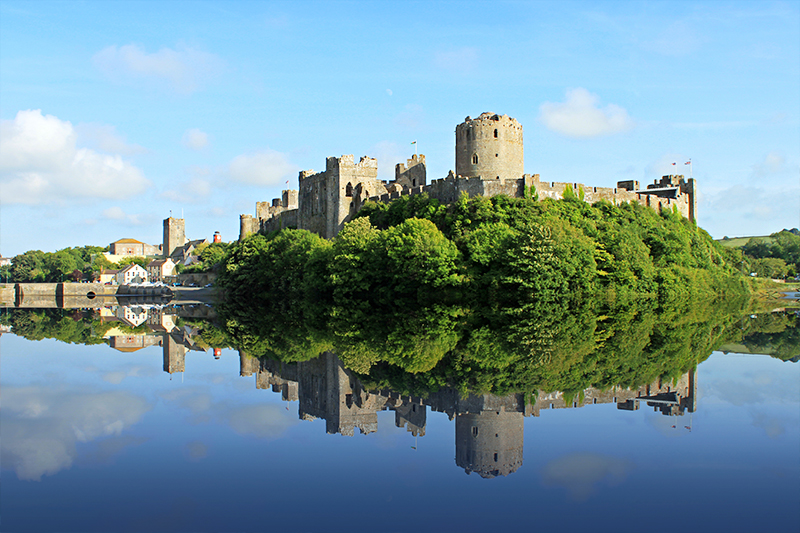 The most picturesque backdrop in the 2016 romantic tearjerker Me Before You is undeniably the castle where the main character Will resides. The exterior was in fact shot at Pembroke Castle in Pembroke, Wales. This 11th-century Norman-style castle is full of history, being the birthplace of Henry VII. It was restored in the early 20th century and is open to the public, so don’t miss it if you want to witness the same breathtaking panoramic view of Pembroke that the couple saw in the film!

>> You may also like: Historic European Hotels That You Can Stay In

Dreaming of going on a romantic beach getaway like the couple did in the film? In fact they didn’t fly to Mauritius, but the tropical island of Mallorca (Majorca) in Spain, which happens to be the favourite holiday destination of the Spanish royal family, with heavenly, pristine white sand and crystal-clear waters. Most of the beach scenes in the film were filmed in and around Hotel Formentor in Pollença, where Grace Kelly actually honeymooned and where many other famous figures like Charlie Chaplin, Winston Churchill and F. Scott Fitzgerald also stayed. 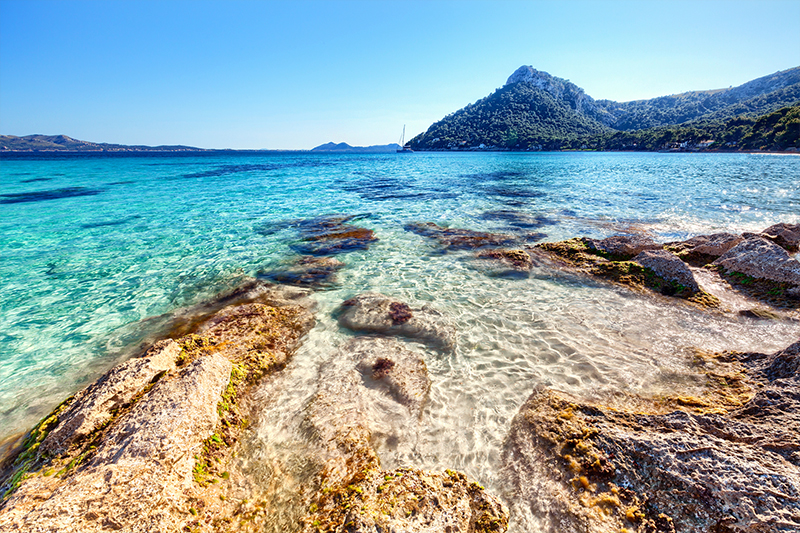 The Most Romantic Film Locations: The Fault in Our Stars 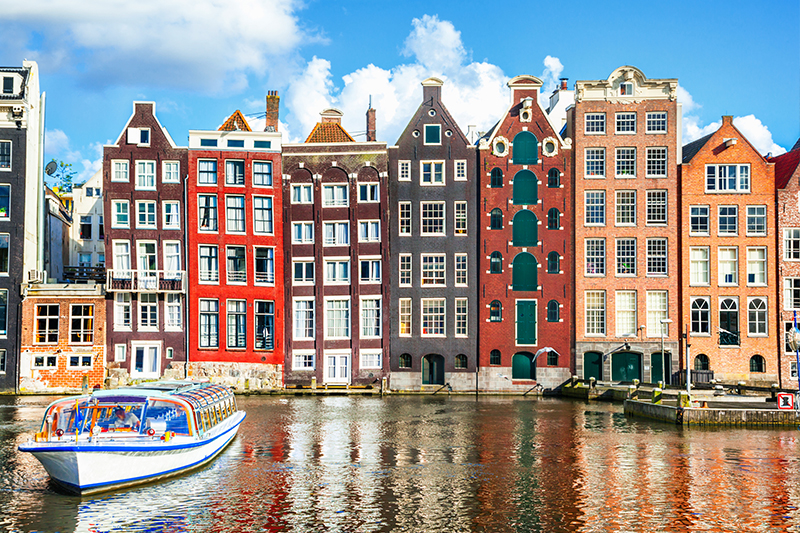 Another tearjerker that broke our hearts, The Fault in Our Stars brought us from Pittsburgh to Amsterdam for Hazel and Gus’s trip of a lifetime. The two explored the city on tram number 4, had their first kiss at Anne Frank’s House, walked through the tunnel under the Rijksmuseum and made a canal-side bench famous, so sought-after that it was stolen. A new bench has now been replaced in the same location at Leidsegracht 4, so save it on your Google map if you want to feel the star-crossed romance on your next trip to Amsterdam! Although we bet that most benches near the canals are just as scenic and lovely.

The Most Romantic Film Locations: The ‘Before’ Trilogy 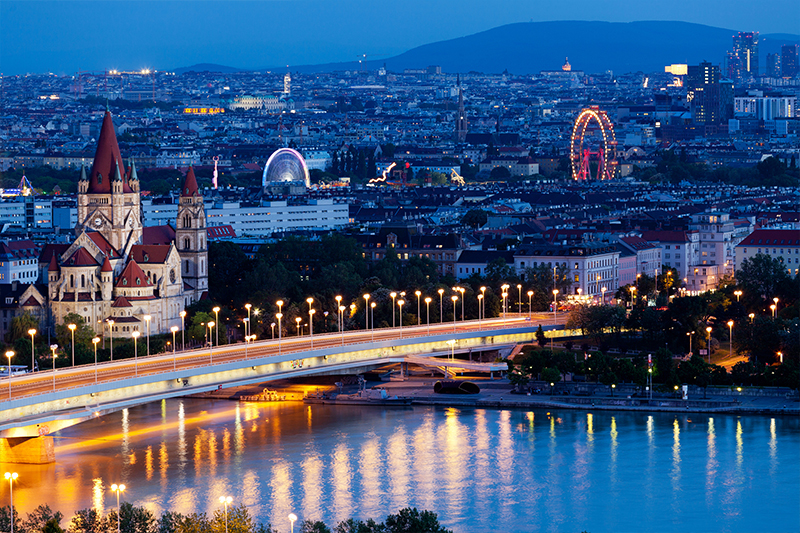 Charming through 18 years, the classic ‘Before’ trilogy has brought us from Vienna to Paris to the Greek island of Messenia. In 1995’s Before Sunrise, what starts off as a conversation between two young travellers turns into a spontaneous one-day trip to Vienna. The young Jessie and Celine roam around the city on foot, starting from the green Zollamtssteg Bridge over the river Wien. They stroll through Maria Theresien Platz, share their first kiss on the Ferris wheel Riesenrad in the famous Prater amusement park, and bid farewell in the Albertina museum.

In the sequel Before Sunset, the two meet again after 9 years apart in the renowned bookstore Shakespeare and Company in arguably the world’s most romantic city, Paris. They continue their hour-long dialogue whilst walking along the green, elevated tunnel of the Coulée verte René-Dumont in the 12th arrondissement, and watch the sunset while cruising down the river Seine. 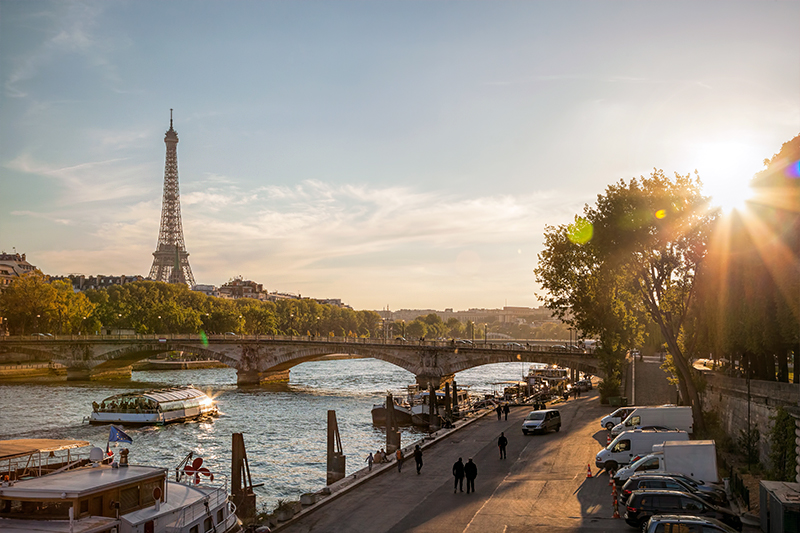 The last of the trio Before Midnight was filmed in Peloponnese in southern Greece, around 2 hours’ drive from Athens. The island is full of ancient Greek archaeological sites like ancient Olympia as well as Pavlopetri, the world’s oldest known underwater city, dating back to the early Bronze Age. The film showed us the beautiful coastline of Messenia and the lovely villages of Kardamyli and Pylos. If you’re wondering, the resort that the couple stayed in (and where they had a fight) is the seafront, family and eco-friendly Westin Resort Costa Navarino. 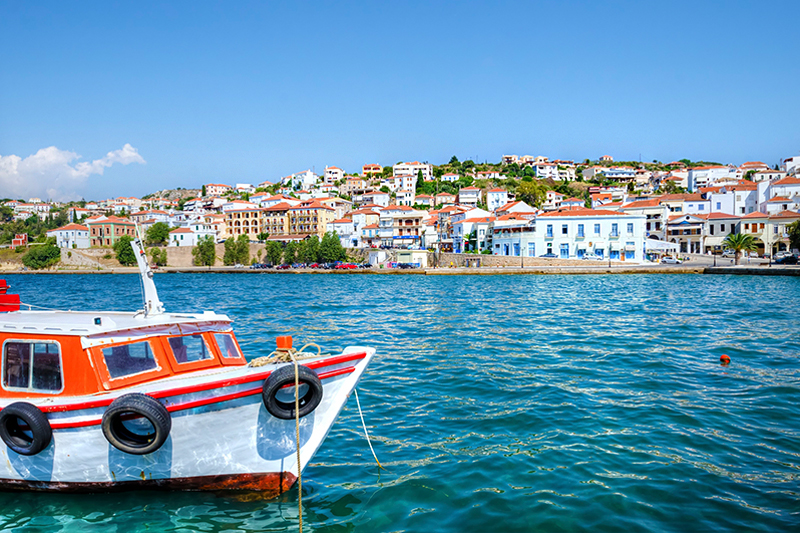 *Note: These rates are based on search queries made on KAYAK.com.au on 24 January, 2018. The prices are quoted in AUD. Flight prices are based on results for a return economy flight search. Hotel prices are for double occupancy and include taxes and fees. Prices are subject to change, may vary, or no longer be available.

Top Cities For Those Flying Solo

Are you looking for love in all the wrong places? The travel experts at KAYAK.com.au have rounded up the world’s best cities for any single holiday maker looking for a getaway to find love. Discover new places with open-minded and laid-back locals, and enjoy bar hopping, trendy restaurants, the best party scenes, or outdoor activities while dating around the world.

Yes, You Can Also See Cherry Blossoms At These Unconventional Spots Around The World

Sakura aren’t only in Japan. Did you know you could see cherry blossoms in Korea, Europe and America? Take a holiday in pink this spring!

Sure, a cozy bed and a warm bath will get you relaxed and well rested—especially after a long flight. But sometimes, it’s not just about the journey – this extends to the hotel and how it can help your trip be not just more productive and efficient but also enjoyable as a whole.